In celebration of the 30th anniversary of the famous Colnago brand in 1984, Ernest Colnago produced a limited number of steel framed bicycles called the 'Arabesque' model. These masterpieces are highly sought after by bicycle collectors and have often been considered the most desirable of all collectable bicycles.

Most of the Arabesque frames were originally sold separately except for a few that were adorned with a special edition Campagnolo Super Record group set that was pantographed with Colnago 30th anniversary markings.

Here is an advertising image from the day which promotes the sale of a limited number of models being sold with Colnago special edition 30th anniversary group sets made by Campagnolo. 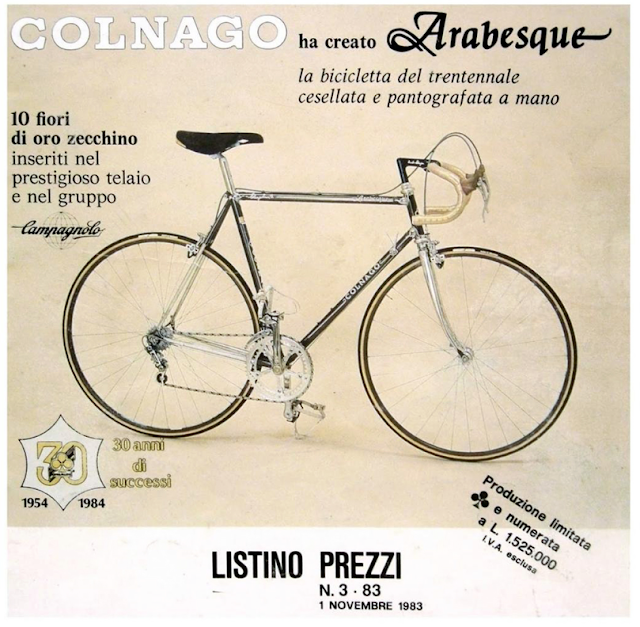 Here are some images of an original 1984 Arabesque bike taken recently for an online auction: 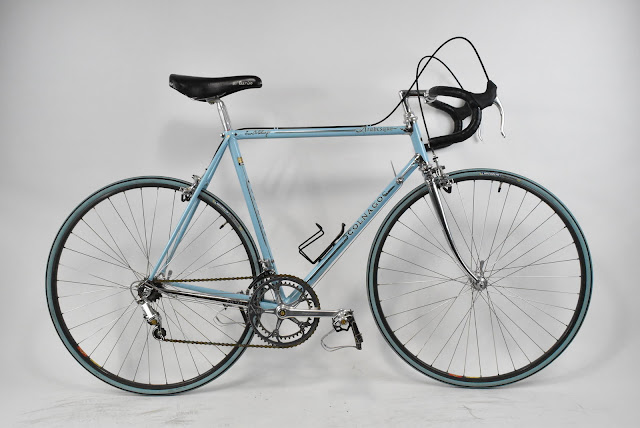 The Arabesque lug work on these frames was considered to be exceptional at the time of production in 1984. The lug detail is quite beautiful and this attention to detail has never been replicated by any other bicycle manufacturer to date. 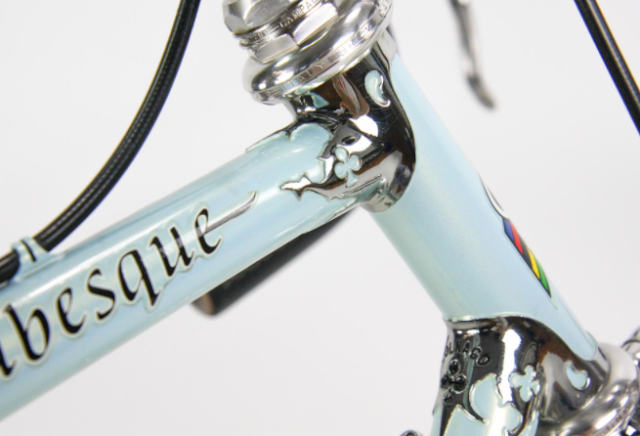 Beyond the beautiful lug work Ernest Colnago wanted to add something special to his design to further enhance the desirability and beauty of the frame. He decided to add a solid gold 3 leaf clover inlay at the top of each seat stay as pictured below. 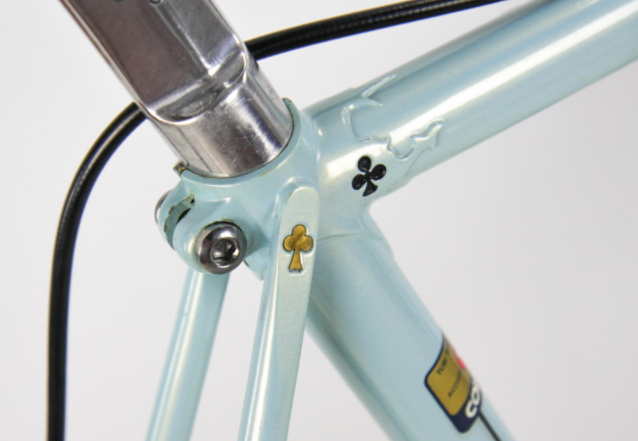 Here are some more images of the bike... 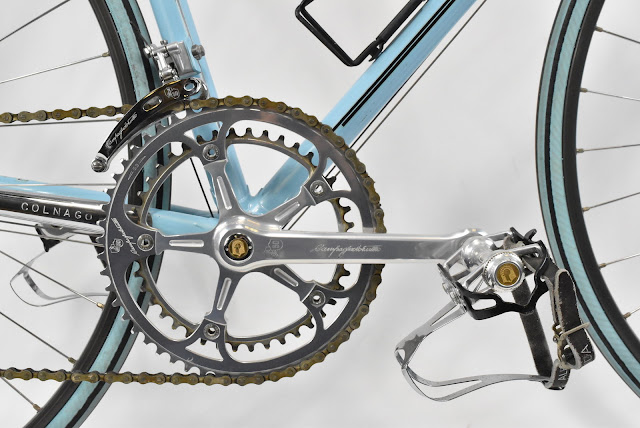 As you can see on this particular build the group set fitted to this Arabesque frame is the Campagnolo 50th Anniversary Super Record set that was produced in 1983. This famous and also highly collectable group set was made to commemorate Campagnolo's 50th anniversary.  Incidentally this was also the year that the founder of Campagnolo, Tullio Campagnolo, passed away at the age of 81. 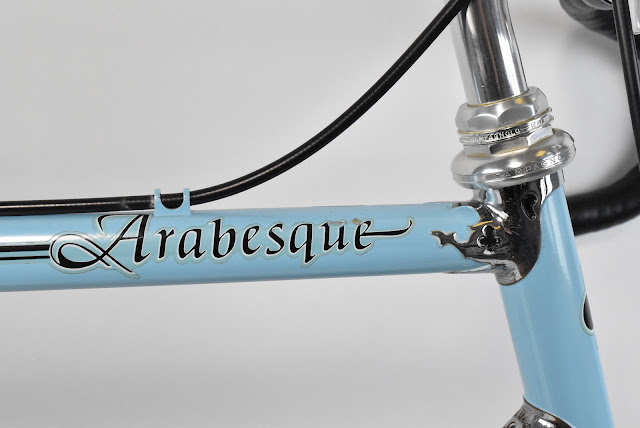 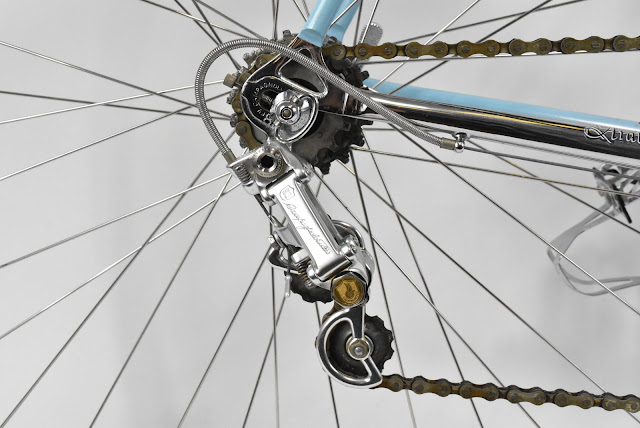 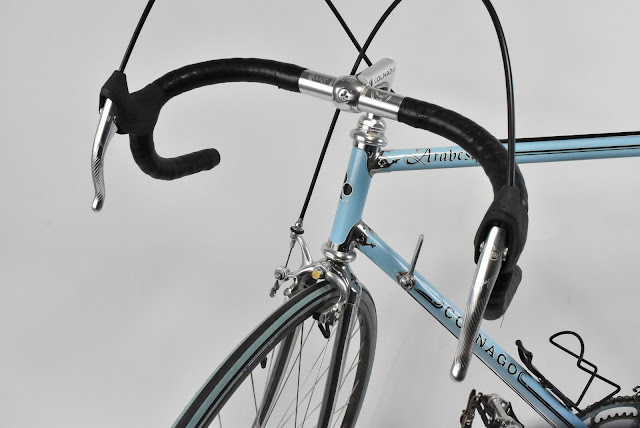 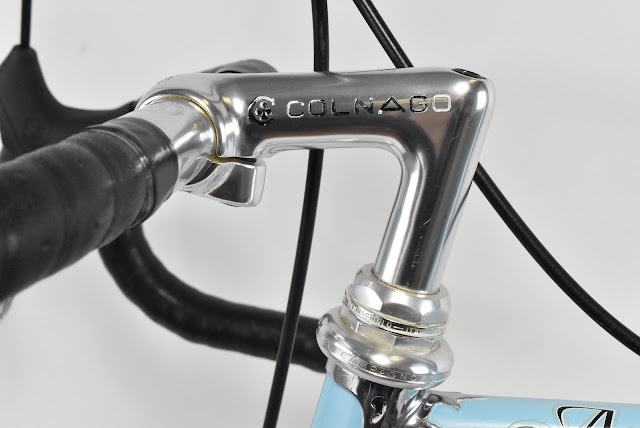 Colnago commenced re-making Arabesque frames in 2015 after factory workers discovered some Arabesque lugs that were left over from the original production. Although the new issue is almost identical to the original issue collectors still regard the 1984 editions to be superior in quality to the newer models.

Thanks for your interest, until next time....