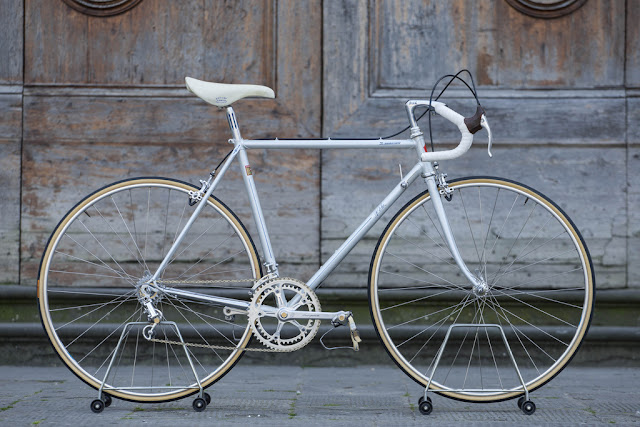 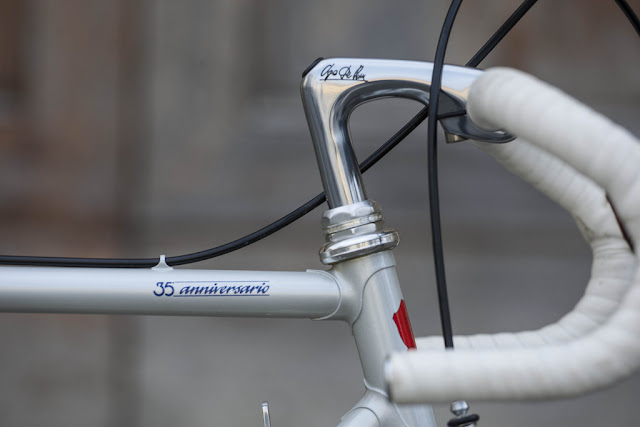 This edition became highly collectable as only about 350 frames were produced worldwide with only 55 frames making it to the US. The bike was made from Columbus SLX tubing and came in a 'pearl white' colour with a chrome rear chain stay and had a unique 'red rose' decal on the head tube.

The bike originally came as a complete bike with Campagnolo C-Record cranks that had Ugo's signature engraved on them.

This particular example is fitted with a Campagnolo 50th Anniversary groupset. This groupset was made in 1983 which was also the year that the founder of Campagnolo, Tullio Campagnolo, passed away.

It appears as though the owner of this bike swapped out the original C-Record set with the 50th anniversary Campagnolo set - a fitting tribute for such a fine frame.

Here are some more images for you to enjoy.... 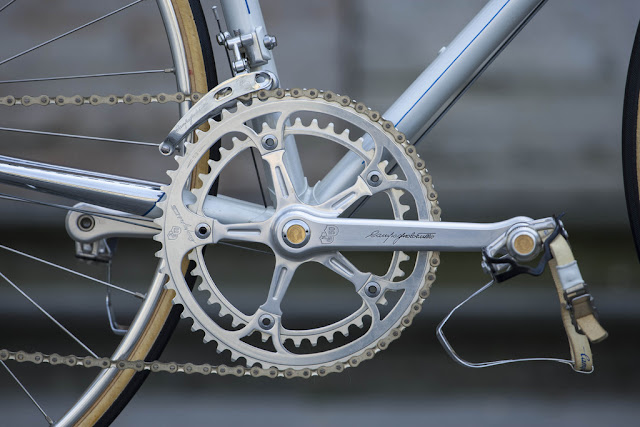 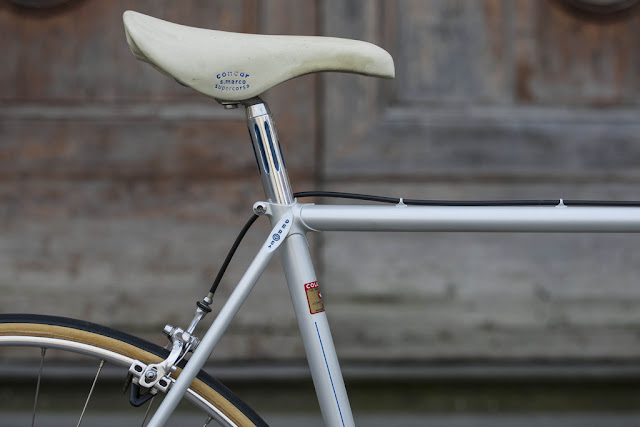 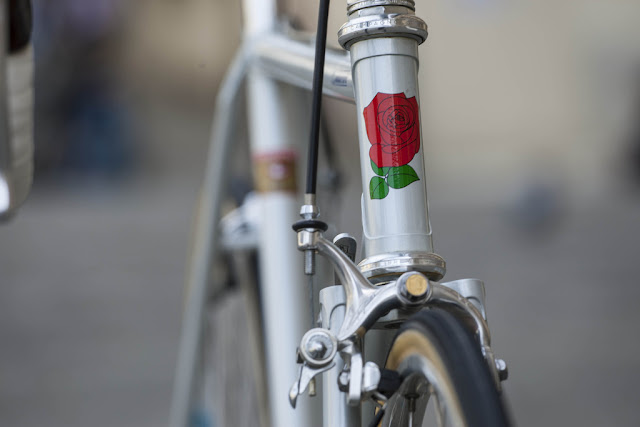 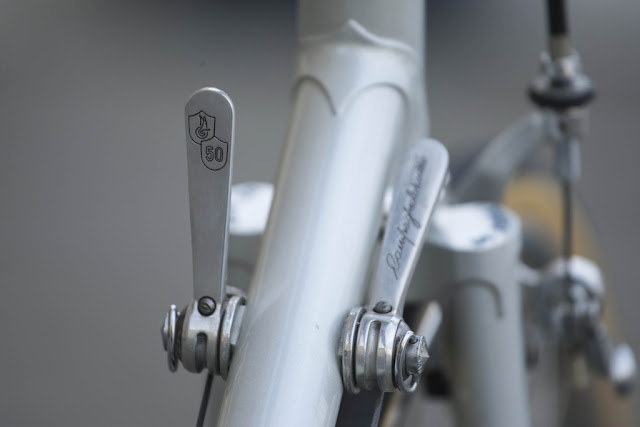 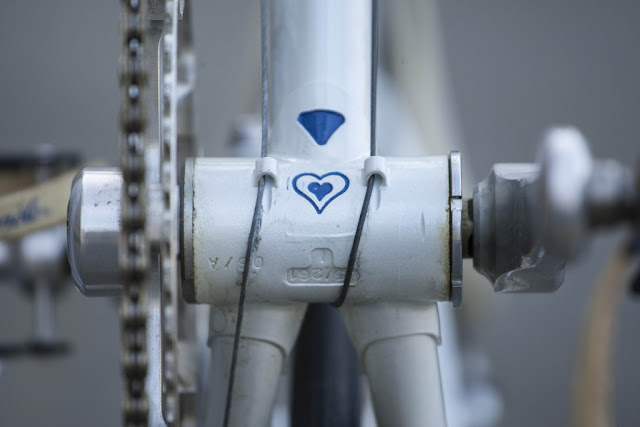 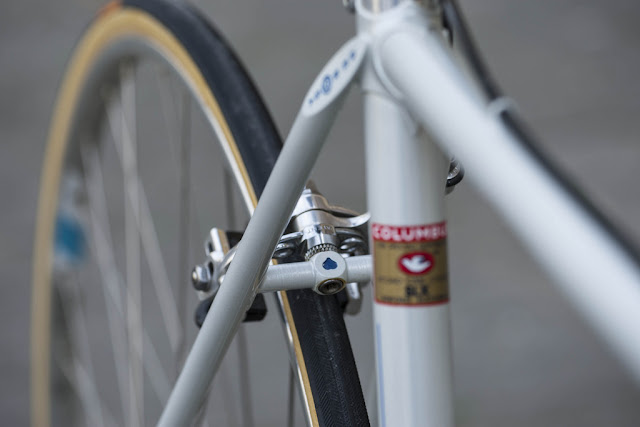 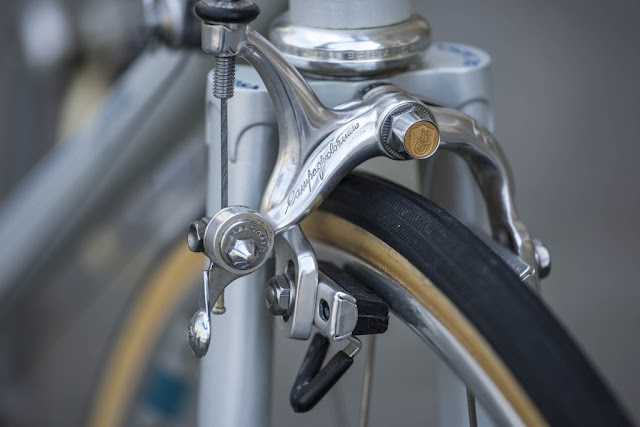 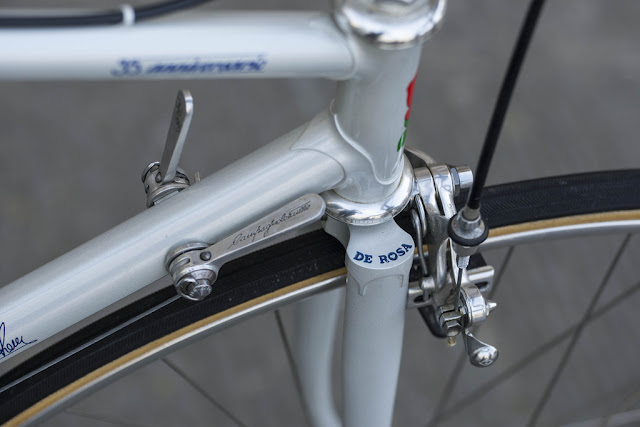 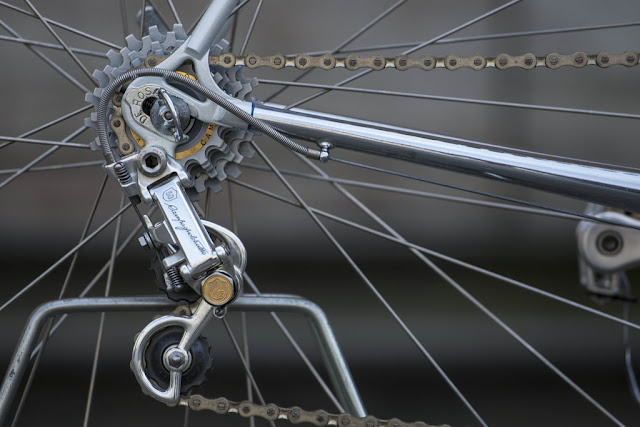 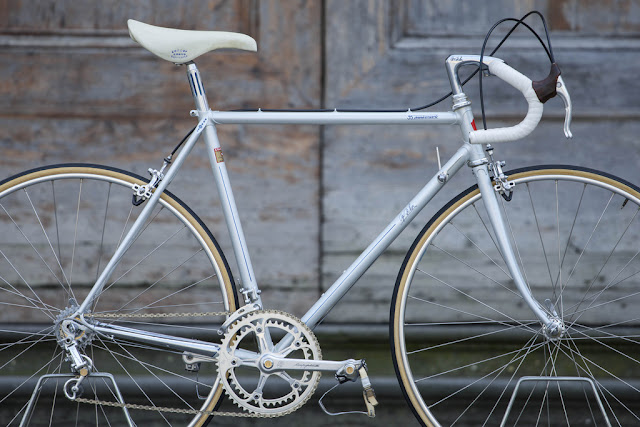 This is a magnificent example of the impact that De Rosa has had on the cycling industry for many years. The 35 Anniversario model pictured here is still stunning to look at even though it is now some 28 years old.

De Rosa still make beautiful steel frames today. Their chrome lugged 'Nuovo Classico' model is made each year and is built to accomodate new 11 speed groupsets. With the rise in popularity of steel framed bicycles De Rosa have also introduced the 'Age' series of fillet brazed steel frames that are also very attractive and versatile.

Originally a bicycle brand from Italy, Masi bicycles are now owned by the Haro brand in the US.

The brand has an interesting history that commenced in the 1950's in Italy. Faliero Masi, who was a professional bicycle racer and bicycle mechanic, turned his hand to building bicycles that were outstanding in their day. The Masi brand was later taken to the US by Faliero, whilst his son Alberto continued to build bicycles in Italy.

The year 2016 marks the 90th anniversary of the Masi brand so they held a celebratory screening of the movie 'Breaking Away' which is a cycling flick made in 1979.

The movie is significant to the Masi brand as it follows the life of a young cyclist named Dave Stoller (played by Dennis Christopher) who became obsessed with cycling after winning a Masi bicycle. The bicycle he won and raced was the Gran Criterium model which has long been the flagship model of the brand. 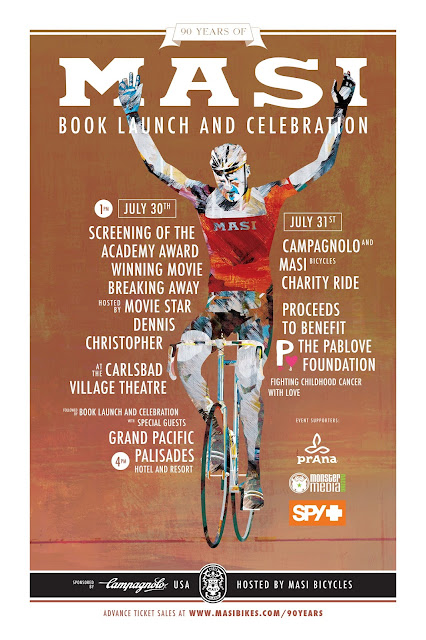 At the same event Masi released a book to commemorate the event called 'Ninety Years of Masi' by Dominic Phipps. The book is for sale on the Masi Bikes website - a must have for any Masi enthusiast!

On display during the event were some classic Masi bicycles pictured below that were well appreciated by die hard Masi fans. 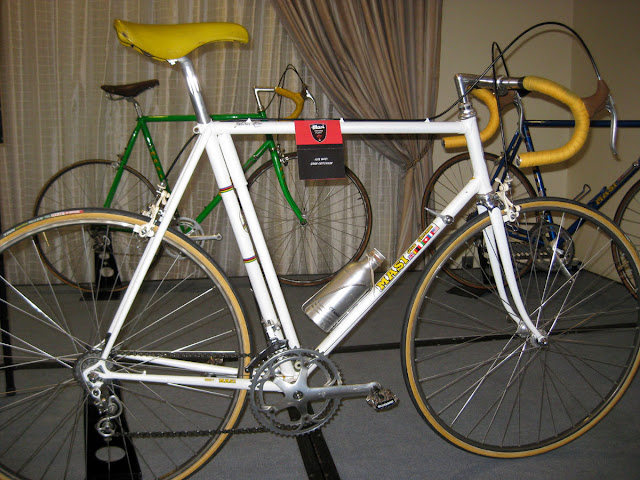 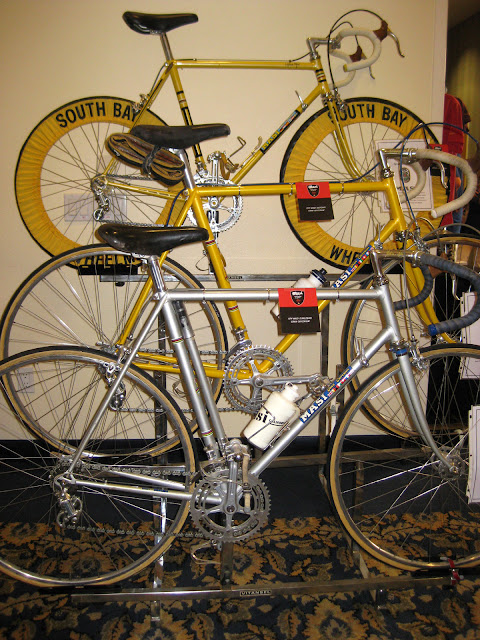 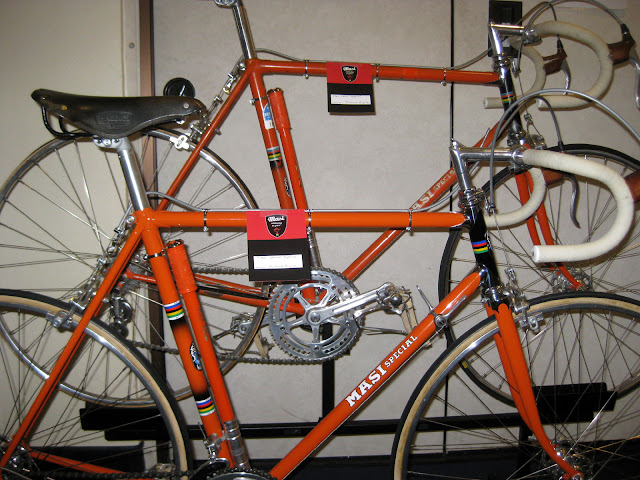 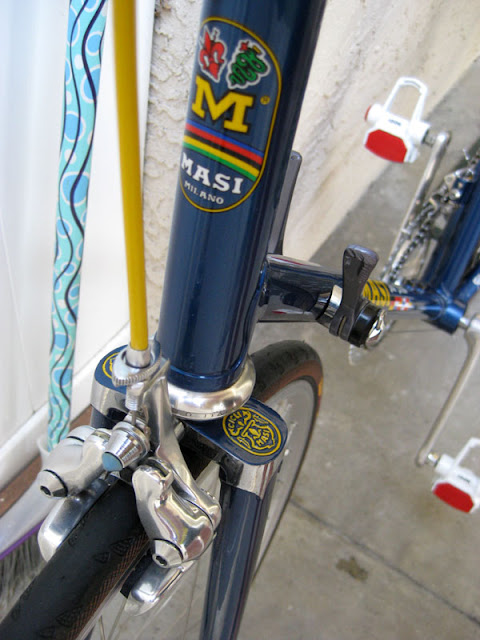 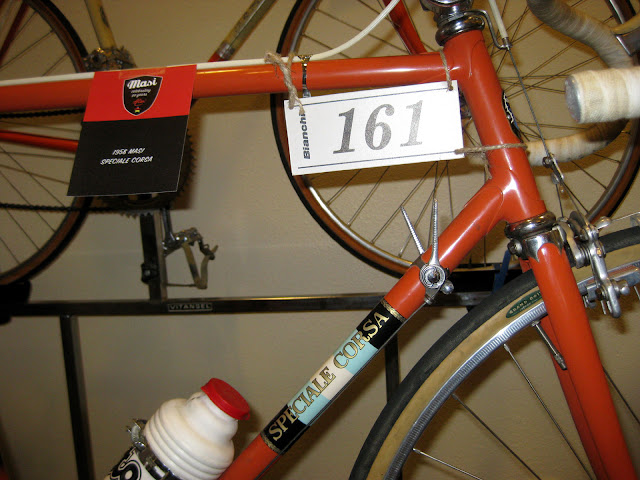 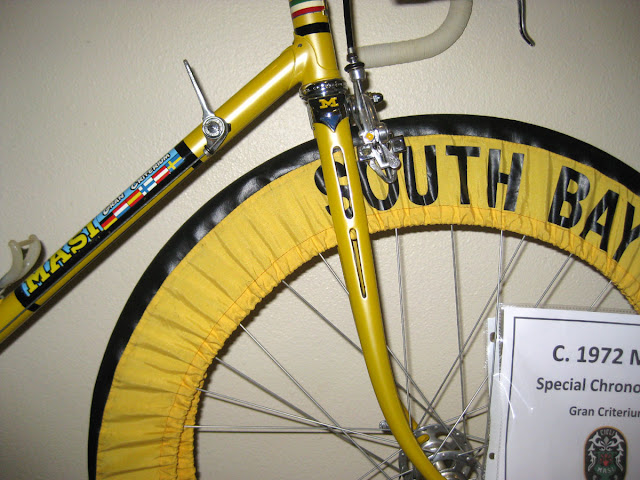 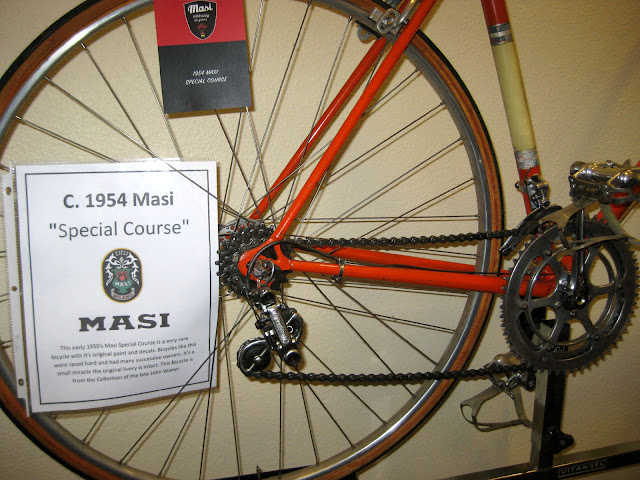 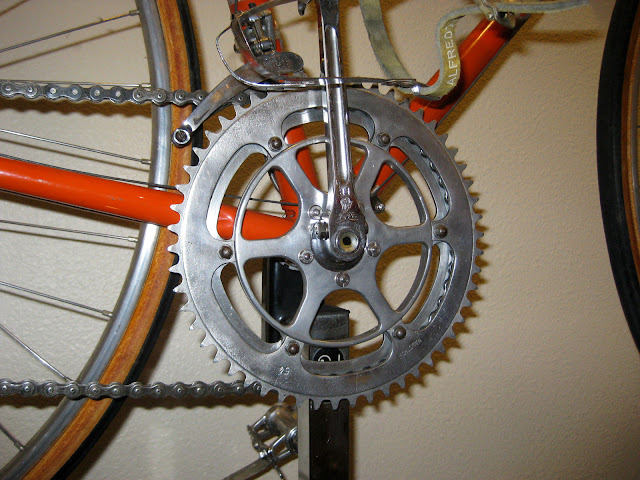 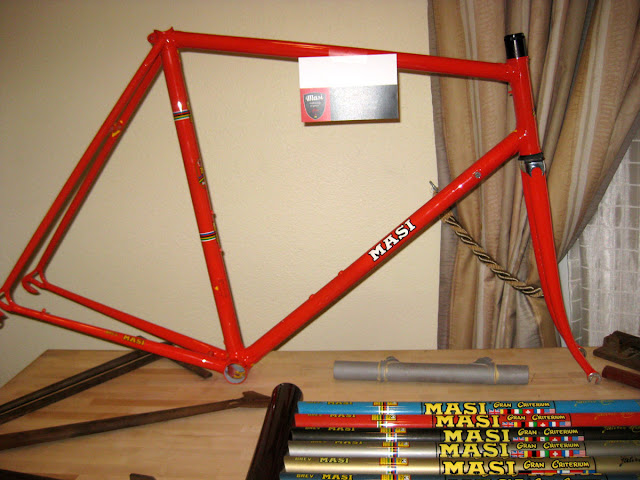 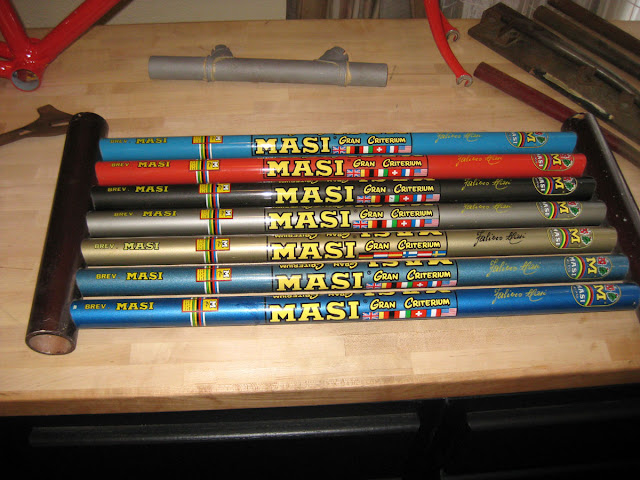 An edition of the steel framed Masi Gran Criterium is still released each and every year. Masi have just announced that the 2017 Gran Criterium will come in a choice of two colours, silvery blue or classic red.

An image of the silvery blue 2017 edition Gran Criterium is pictured below. They'll be released in the near future and can be purchased directly from the Masi website here or from the Adrenaline Bikes website here

Adrenaline Bikes are based in Orange County, California, and are famous for specialising in new steel framed bicycles from a large number of Italian bicycle manufactures such as Bianchi, Cinelli, De Rosa, and Colnago. Their website is well worth a look.