The Fremantle Tweed Run this year was an outstanding success thanks to the enthusiasm and dedication of the fantastic people associated with the 'Dismantle' group.

At about midday on Sunday November 3, 2013, about 250 vintage cycling enthusiasts, and others wishing to experience an uncomplicated afternoon of cycling fun, gathered at Pioneer Reserve, Fremantle. Participants were greeted with good humour, fresh scones, and iced tea that were all served together in a relaxed and friendly atmosphere. It was a beautiful day, perhaps even a little warm!

There was a wide range of bicycles and period clothing, however the real common thread between all participants was their love of bicycles and cycling. Although there were only a handful of genuine vintage bicycles it was pleasing to see the popularity of 'new' vintage styled bicycles - some very nice bikes indeed. Here are some images of the group at Pioneer Reserve prior to departure. 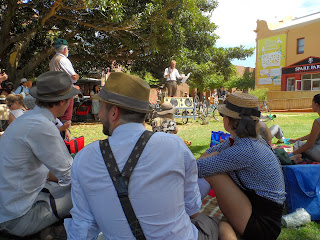 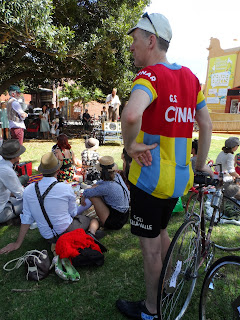 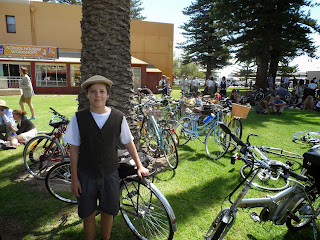 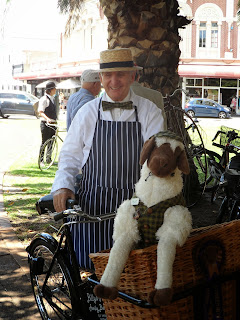 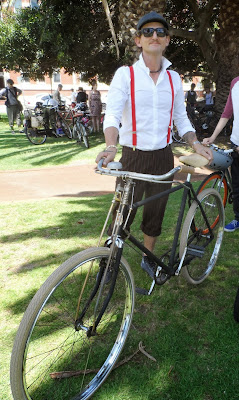 After being given some clear guidelines and directions by the organisers the group casually rode through the historic streets of Fremantle at a relaxed pace, bells ringing, people laughing. Cyclists received a warm reception from onlookers that were in the streets attending the Fremantle Festival. 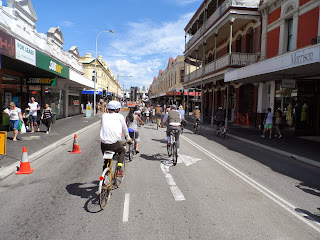 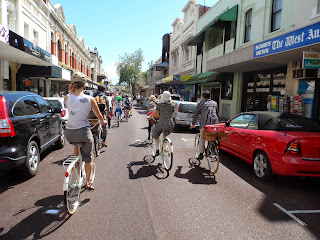 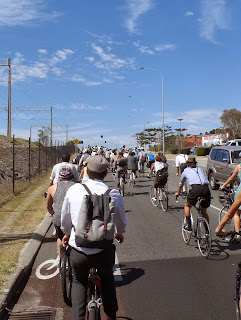 The ride continued through town before making its way to the Swan River foreshore in East Fremantle. Once on the foreshore the group arranged itself (well...sort of, nearly) for the group photo. This also gave cyclists a short breather and a chance for some liquid refreshment....some cyclists alleviated their hydration concerns with a cold golden fluid contained in small bottles, some sipped from small hip flasks, whilst others swilled from water bottles. 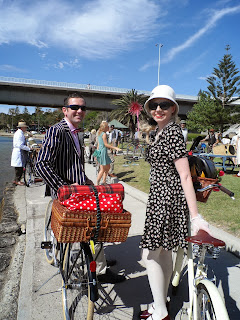 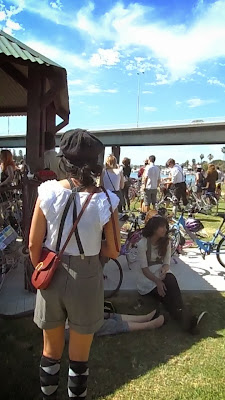 ....and so the friendly ride continued over the bridge and on to the northern side of the Swan River. After snaking its way through the cycle paths adjacent to the river the group ended up at a safe haven otherwise known as the North Fremantle Bowling Club....and safe it was! Cold beer, Hendrick's Gin, interesting snacks, live jazz music, and lawn bowls! A great combination for a very pleasant and relaxing afternoon in the sun. 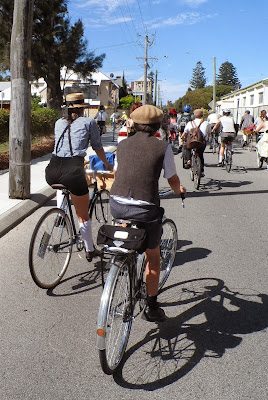 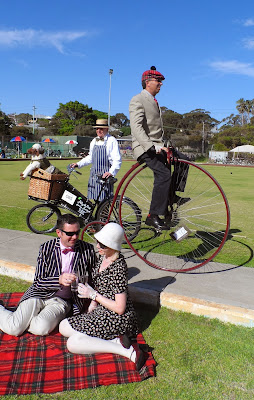 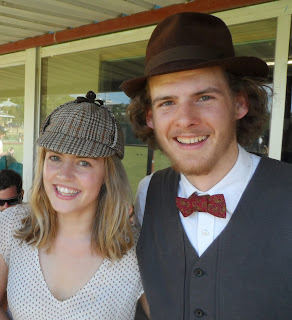 Don't you wish you were there? Don't fear....there will be another Fremantle Tweed Run during 2014. If you did miss out this year please bookmark this blog or keep a look out for the advertising poster for next years event.

Thanks to all at Dismantle. Please visit http://dismantle.org.au/ and have a peep at their wonderful endeavours.