As you can see from my previous posts I'm a big fan of Brooks (England) leather saddles. I particularly like the combination of leather and steel in any bicycle saddle. I also like how they can last a lifetime if they are treated well, and in lasting for so long the older vintage leather saddles also carry with them a bit of history too.

I recently came across an old Brooks B17 Champion Sprinter saddle. It's a beautiful saddle and a rare find in Australia. It's been well cared for and barely used as evidenced by its excellent condition. Here is the saddle below... 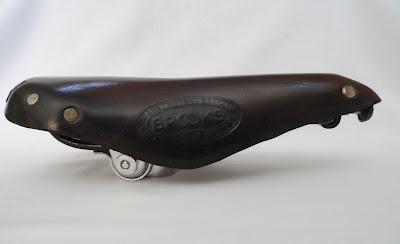 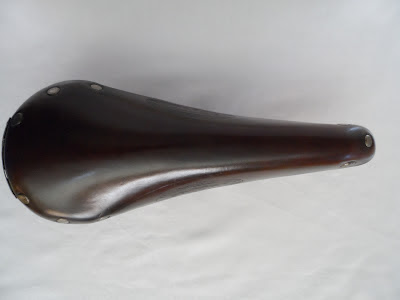 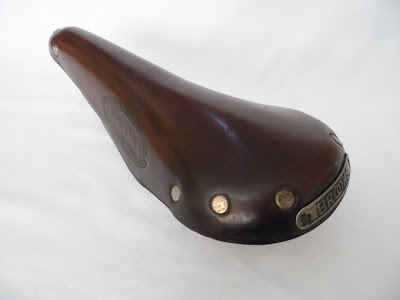 The saddle measures 280mm in length and is 110mm at its widest point toward the rear. It has a black enamelled steel frame and rails that have lost only a little enamel. The rails are fitted with the original chromed seatpost clamp. The metal frame underneath the saddle has no stampings or markings on it of any kind.

It has 3 steel rivets at the front of the saddle and 6 at the rear. The leather has a beautifully aged patina and carries a couple of small nicks and abrasions, it is mostly brown in color with a darker brown showing in places where the proofhide has soaked through the thickness of the saddle.

The leather is 4mm thick and the sides of the saddle are both stamped with the circular Brooks logo that reads "MADE IN GREAT BRITAIN....BROOKS....CHAMPION B17 SPRINTER" as can be seen in the first photograph.

On the underside of the saddle is a date code of some type that has been branded into the leather. Each letter is about 10mm in height and black in colour. Here is the code:
A P
I  A
2  1
At this point I have not been able to decipher the code and would welcome any thoughts that may solve the mystery! It's the old style of coding and due to the company changing ownership over the years I understand that Brooks no longer have the information available to decipher the codes. 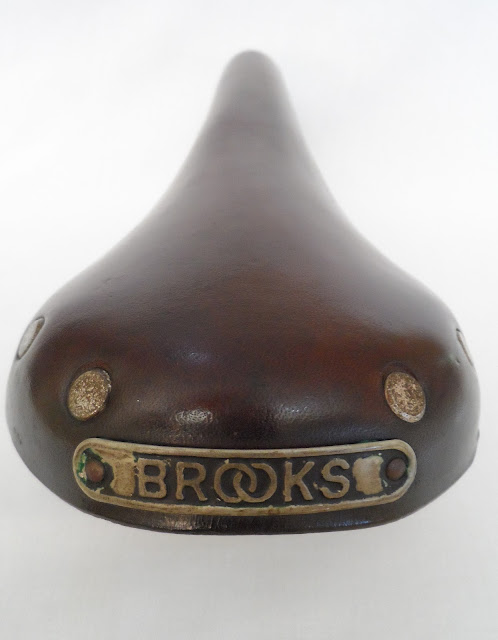 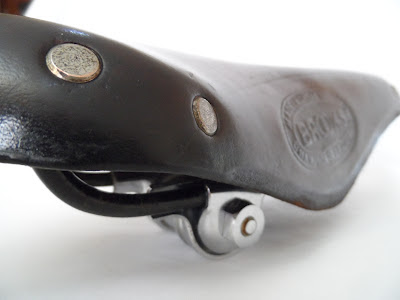 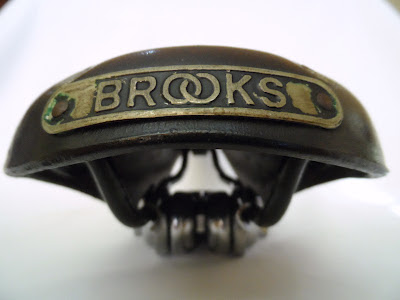 The rear name plate is fantastic. Its made from brass and is held to the leather by small copper rivets. It has lost a little of its paint which is consistant with its age. 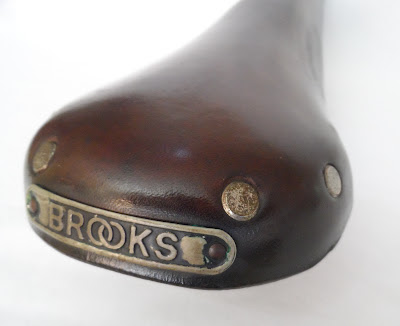 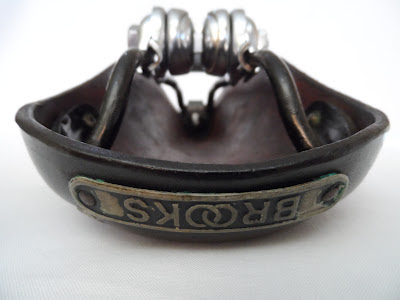 ﻿I've done a little research on the saddle and based on the styling of the name plate and the oval shaped Brooks logo on the side of the saddle I would imagine that this saddle was manufactured in the early 1950's, however I would be happy to be corrected.

I have had a browse through the various Brooks catalogues and found the first mention of a Brooks B17 Champion Sprinter model was in the 1925 catalogue as below: 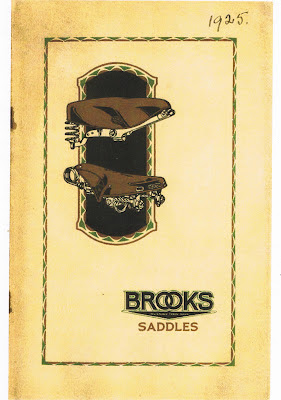 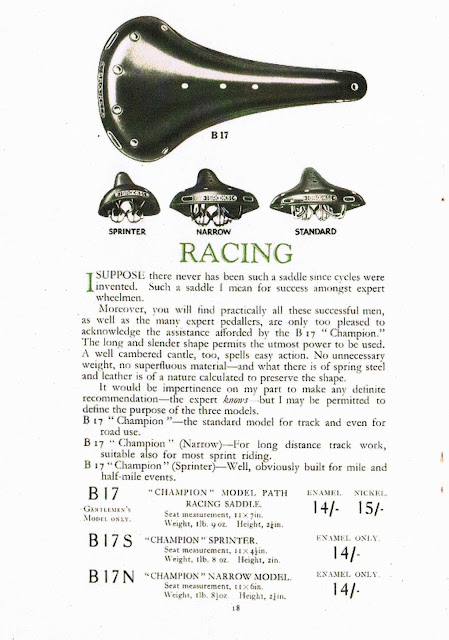 All catalogues that I have seen from 1925 to 1957 carry the "Sprinter" model. Unfortunately the illustrations of the B17 Sprinter model in the various catalogues are all very average. The 1957 catalogue also carries an image of the Sprinter model, however this image is of a model more 'modern' than the one I have pictured. The extracts from the 1957 Brooks catalogue are below: 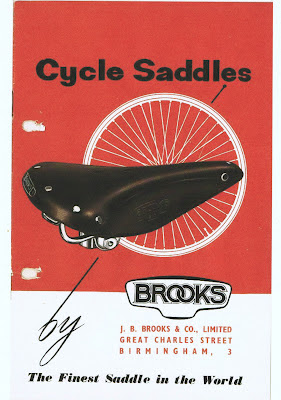 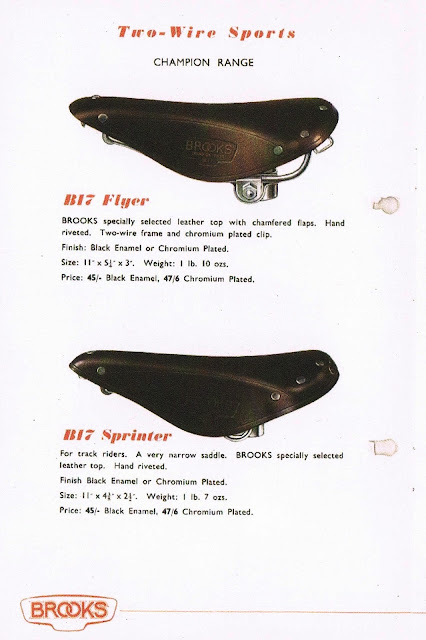 If you have a vintage Brooks B17 Champion Sprinter saddle please email to me any images of your saddle that I can add to another post in the near future. Any date code assistance for older Brooks saddles would also be appreciated ....