During a recent trip to Melbourne, Victoria, I visited the National Sports Museum located at the Melbourne Cricket Ground (MCG).

A trip to Melbourne is definitely not complete without a tour of the MCG and the National Sports Museum. It's a 'must do' whilst in Melbourne.

Of great interest to me was the display of Sir Hubert Opperman's Malvern Star 5 Star bicycle that he rode in 1940 to create a 24 hour world cycling record and other distance records. His original world record bike is on display and it's been beautifully maintained.

Google his name to learn of his significance to Australian cycling history.

Here are some images of the bike... 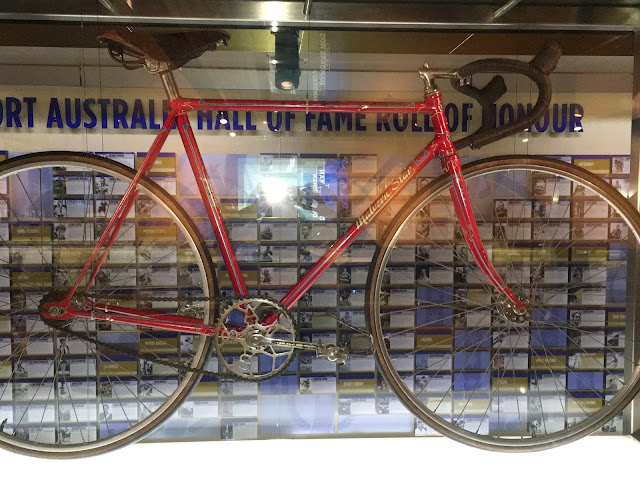 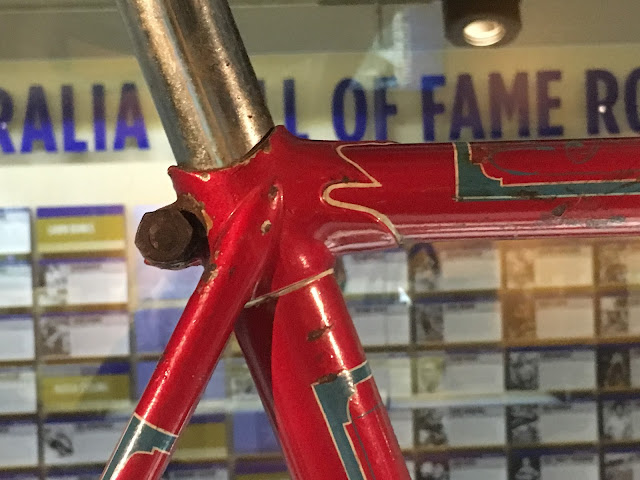 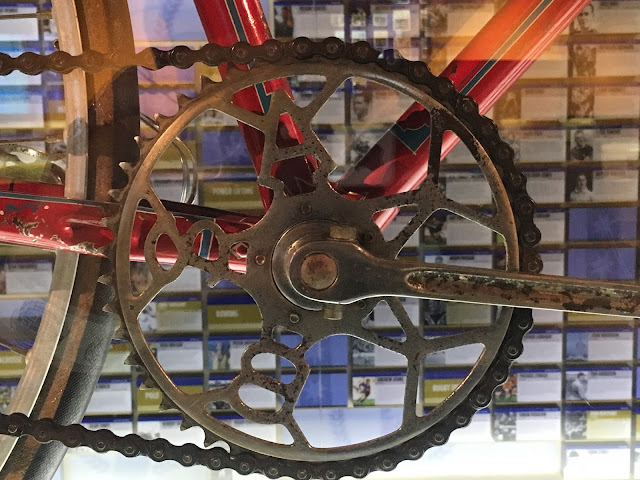 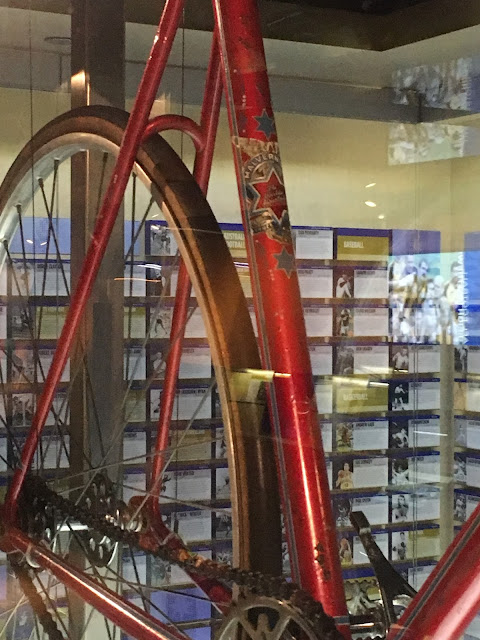 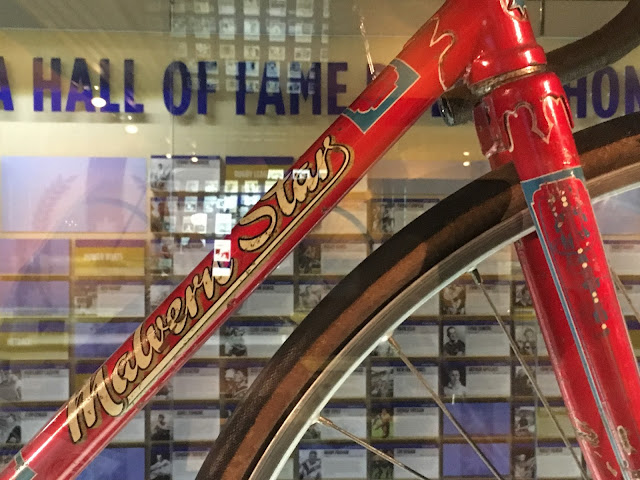 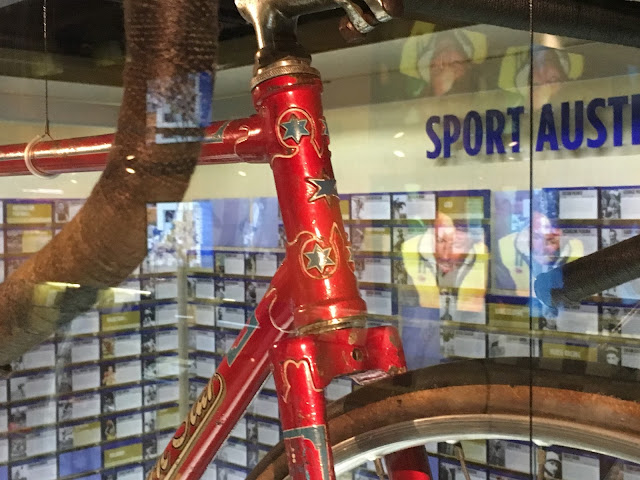 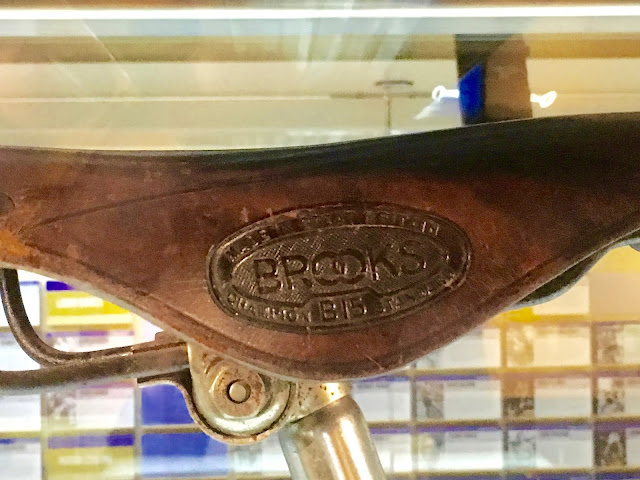 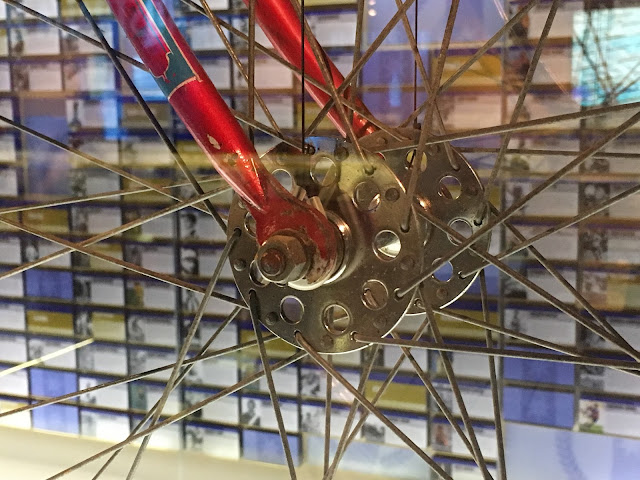 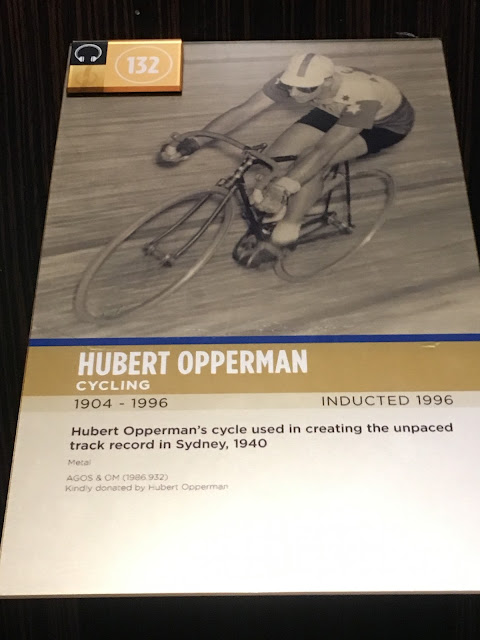 The display represents an amazing piece of Australia cycling history. The bike is encased in a perspex cabinet so good photographs are very difficult to take.....but you get the idea.

This display is complimented by another display that represents a great Australian sporting achievement of equal greatness... 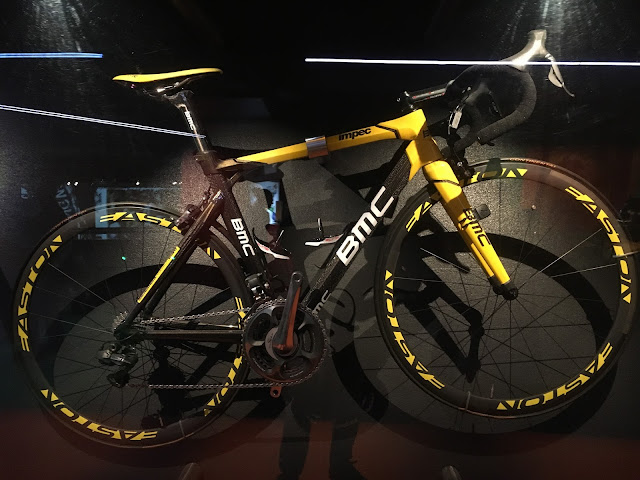 ... the bicycle ridden by Cadel Evans during his 2011 Tour de France victory. No need to Google Cadel's name, you know he's a legend!!