This year during the month of March the Museum of Perth in collaboration with the WA Historical Cycle Club are proudly presenting a display of Western Australian cycling treasures to the public.

The display is being held in the city in Grand Lane that runs just off the Murray Street mall near Barrack Street. It's a great little laneway full of artistic treasures and street art. 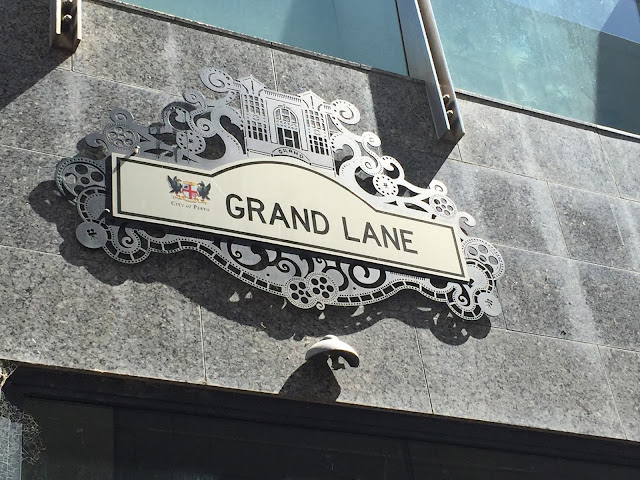 As you enter the laneway and walk toward the display entrance there are images on the laneway walls by Tony Lendrum of Perth bike riders and their bikes. Each image is accompanied with a short story of the bicycle and its rider. The stories demonstrate that diversity in cycling is very broad and interest in cycling has gained popularity with a staggering pace. Here are a couple of the images.... 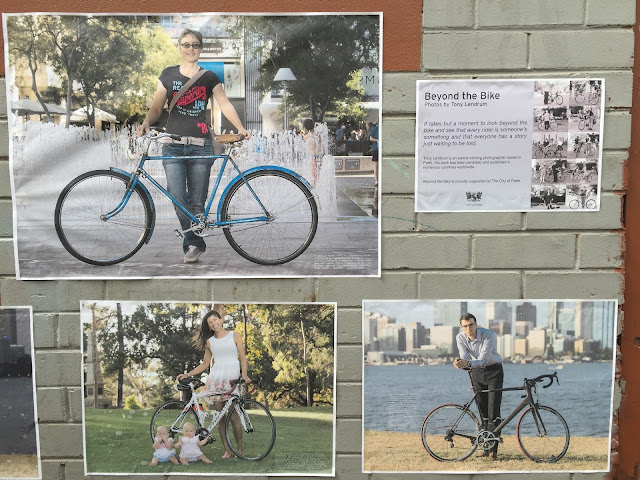 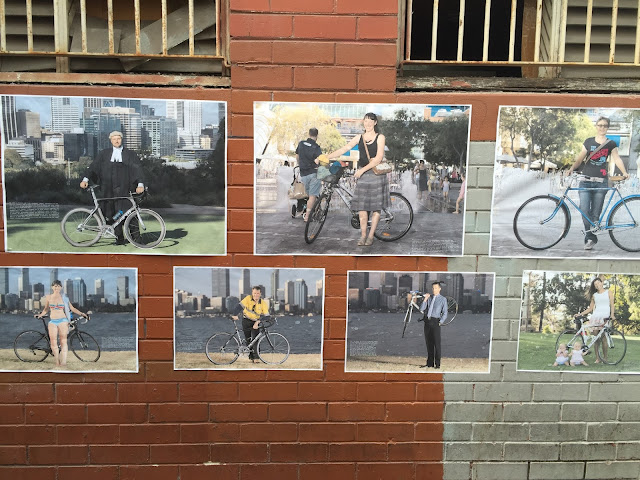 The entrance to the display area is colourful and on entry you are greeted by friendly staff running a small stylish cafe. 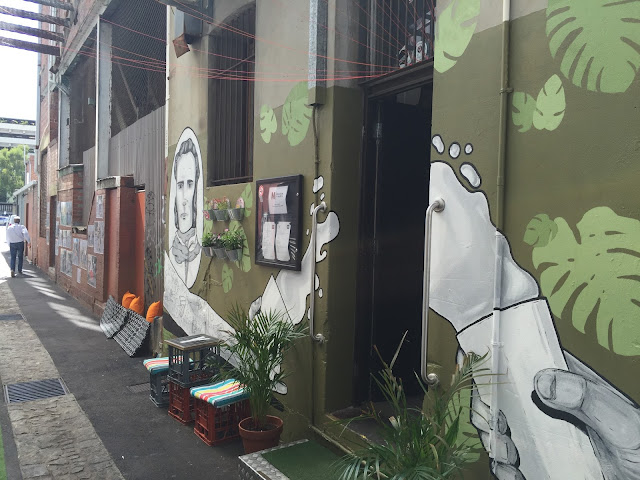 Once inside the doorway the entry to the display is by a gold coin donation. The display area is very cosy and it has a small theatrette at the rear that rolls out a short film that focuses on the cycling culture in the worlds friendliest cycling city of Groningen in The Netherlands.

The main focus of the display however is on Western Australia's cycling history. There are a few vintage bicycles with info that connects them to the history of our state, and one of Steele Bishops time trial bikes from the early 1980's. Steele Bishop won the World Title for the 5000 metre Individual Pursuit in1983. The Kalamunda boy was inducted into the WA Hall of Champions in 1985.

Also on display is an 1874 penny farthing, a 1950 Hartley by Speedwell, and a 1905 "Guvnor" styled Armstrong path racer from Kalgoorlie.

For me the most impressive bike is a 1957 Swansea (6 swan) track bike. This bike is an outstanding example of a Swansea track bike from the late 1950's. Swansea was a local Fremantle based bicycle company..... Fremantle of course is where the Swan (River) meets the sea, hence the company name.

Here are a few images of the bikes on display.


There are locally produced books for sale and other items of interest that I haven't covered. The display is open until Wednesday 6 April, 2016.

Please come along, make a donation and enjoy the display.