Road graffiti or road art has always been a part of the Tour De France. During the Tour budding road artists and other marketing opportunists have the chance to have their work beamed around the globe through worldwide television broadcasting that covers the event.

Even the sponsors get on board as seen by this 2013 TDF image below. 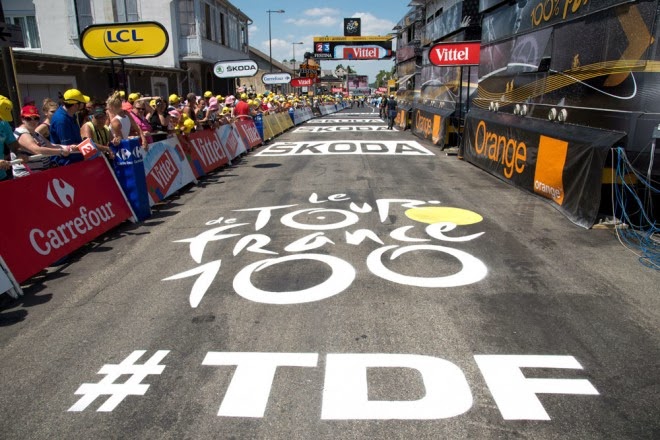 Most of the 'unofficial' road graffiti is painted onto road surfaces of the steeper climbs. This is because the cyclists are travelling at their slowest and the cameras have the artwork in their lenses for a longer period of time. There's no point in painting on the road where cyclists are travelling quickly as the chances of the work being captured by the television coverage is minimal.

Climbs such as the Col du Tourmalet, the Col d'Aubisque, and the Alpe d'Huez are always covered in graffiti. The images are often spectacular, especially on race day when the roads are lined with thousands of cycling fans.

I have recently noticed that cycling graffiti or cycling art has become popular throughout many cities. I've been collecting some images and have included a few below. 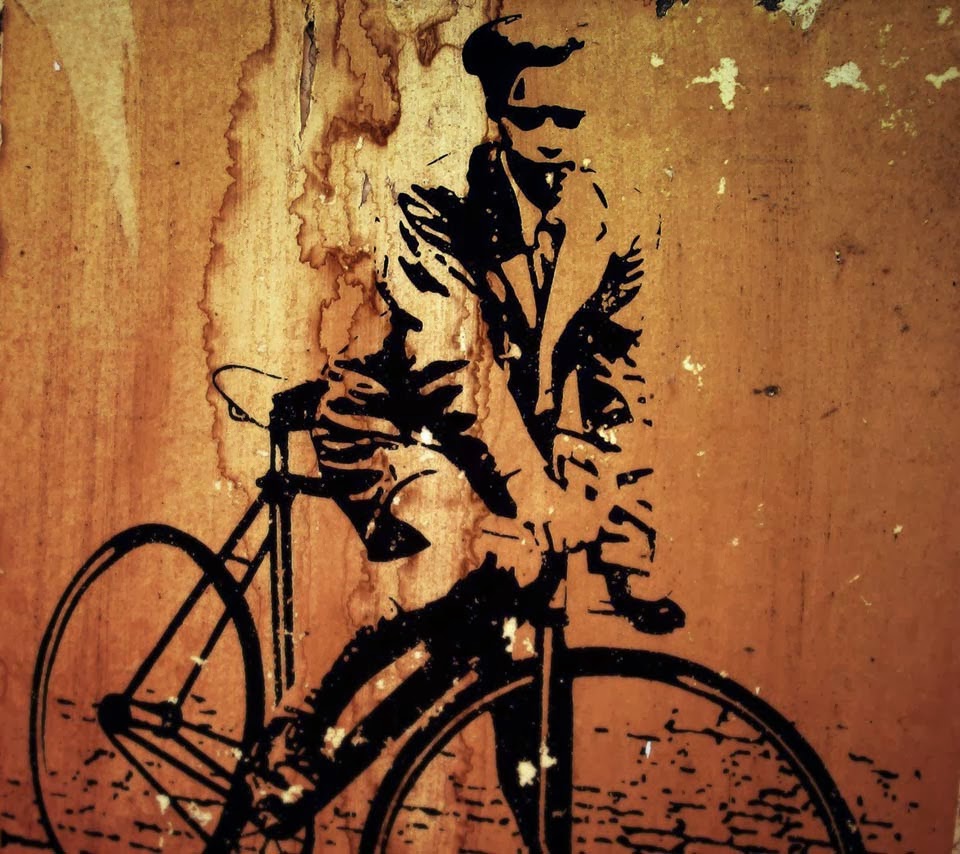 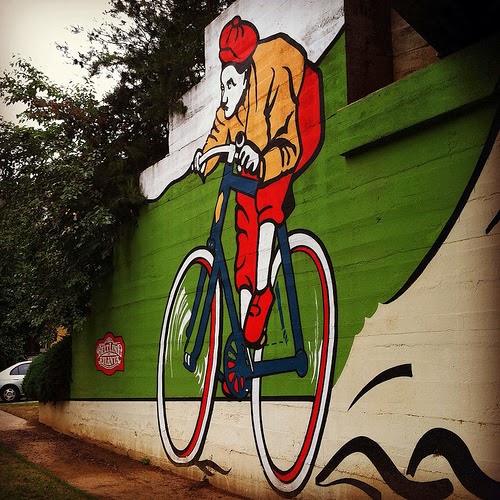 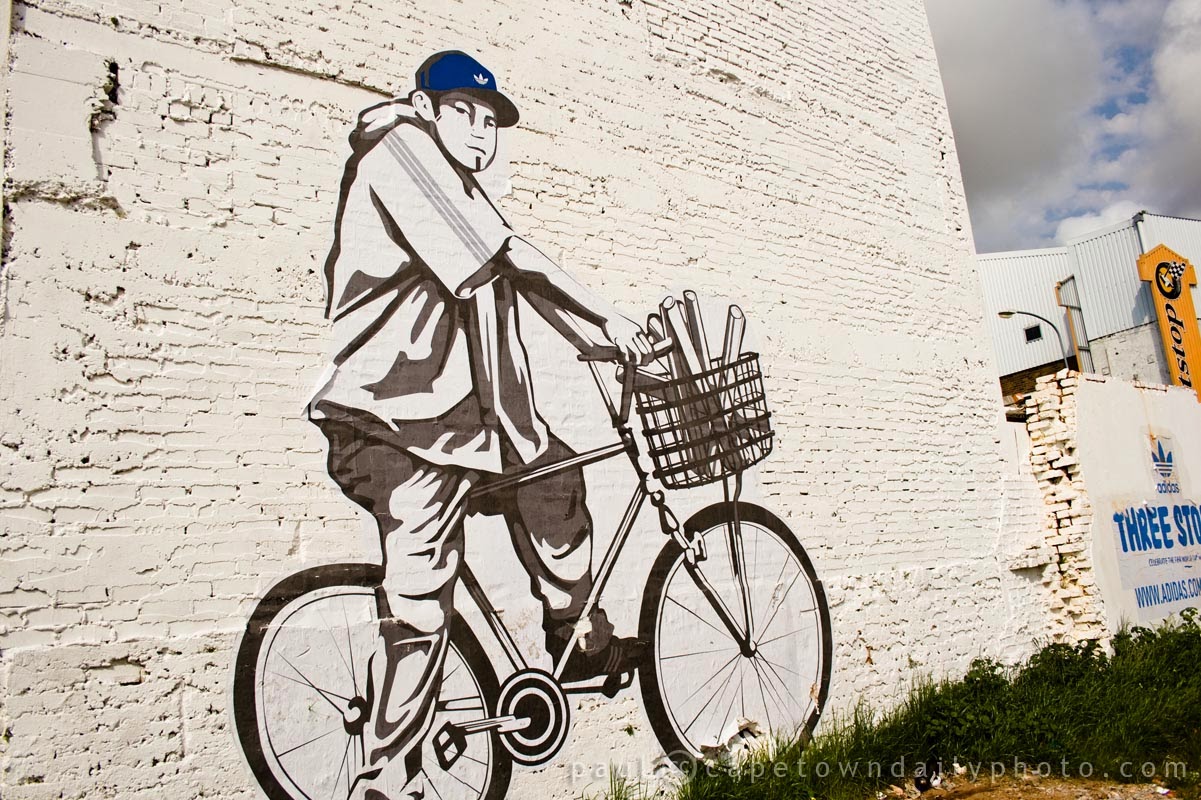 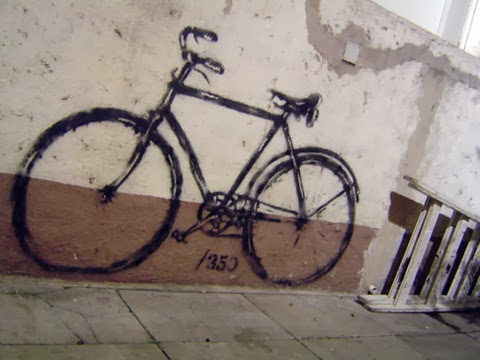 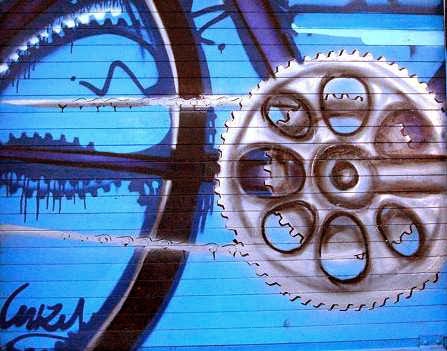 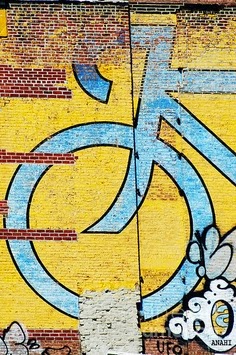 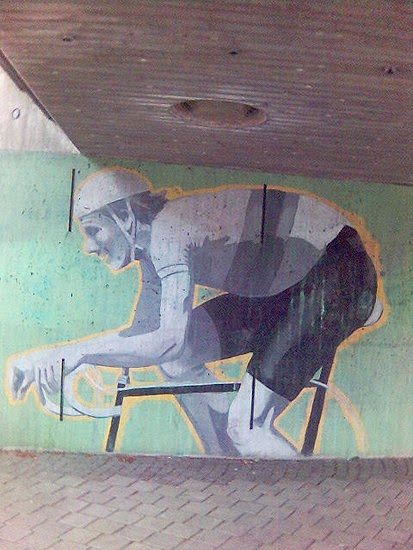 Most images are works of art in their own right, some images carry subtle messages..... 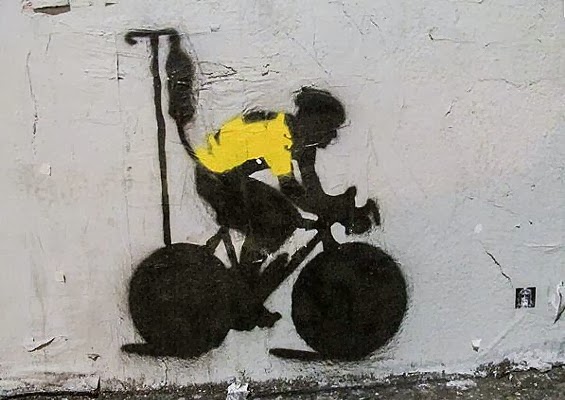 ....and other images not so subtle. 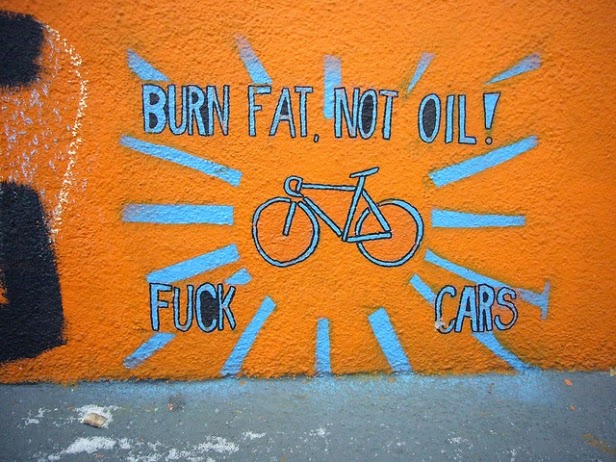 Striking images speak for themselves, until next time...safe riding.